Here we go with this weeks edition of Best of the Week.

Synopsis: A love story about one of the most influential filmmakers of the last century, Alfred Hitchcock and his wife and partner Alma Reville. The film takes place during the making of Hitchcock’s seminal movie Psycho. The cast includes Anthony Hopkins as the title character, Helen Mirren as Alma Reville, Jessica Biel as Vera Miles and one of my favourite sexy actresses, Scarlett Johansson as Janet Leigh

Air New Zealand partnered with WETA Workshop on a brand new Hobbit inspired Safety Video. It features cameo appearances including Sir Peter Jackson. Visit http://www.airnzcode.com/hobbitmovie to Find and Unlock the Elvish Code for your chance to win one of six double passes to the World Premiere Screening of The Hobbit: An Unexpected Journey in New Zealand on the 28th of November 2012

YouTube channel you should be subscribed to, of the week:

The Guild is an independent sitcom web series about a group of online gamers. The show started in the late summer of 2007, and for the first season was financed solely by PayPal donations from LOYAL FANS. Since season 2, The Guild has been distributed by Xbox Live and Microsoft and sponsored by Sprint.
Episodes vary from 3-8 minutes in length, and follow the Guild members’ lives online and offline.
“The Guild” has won many awards, including the SXSW, YouTube and Yahoo Web Series Awards in 2008, and 3 Streamy Awards in 2009: Best Comedy Web Series, Best Ensemble, and Best Actress for Felicia Day.

Disney acquires Lucasfilm for $4.05 Billion
http://www.forbes.com/sites/ericsavitz/2012/10/30/mickey-meet-yoda-disney-to-buy-lucasfilm-for-4-05-billion/
And this is how we light up the internet and spark off the Nerd Wars. Some think this will kill the franchise, especially with Disney announcing that they plan to have Star Wars : Episode VII (7) out by 2015. Personally, I think George Lucas made the right move, he’s done enough and can now enjoy his retirement. 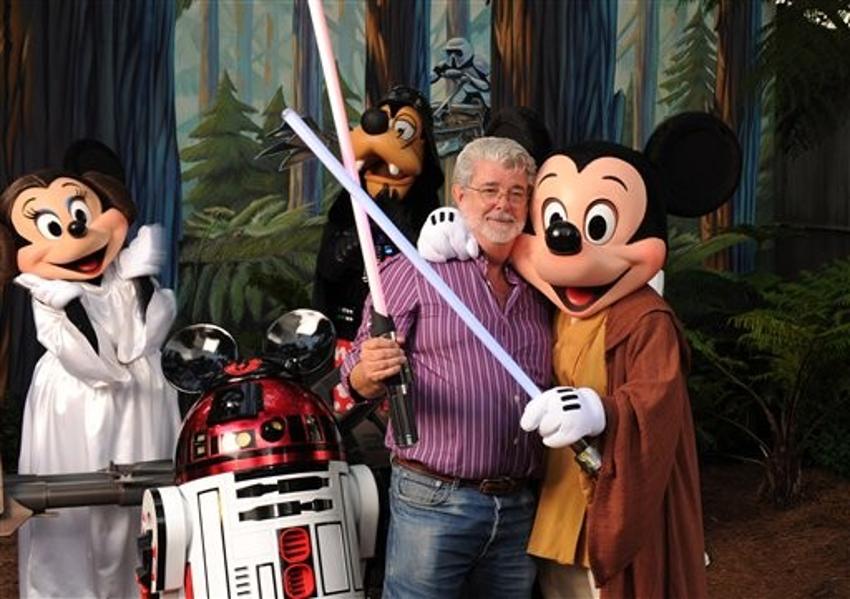 That makes this true: The Hobbit: An Unexpected Journey – In theatres December 14th, 2012
http://youtu.be/yYz0JWJioOM?hd=1
A curious Hobbit, Bilbo Baggins, journeys to the Lonely Mountain with a vigorous group of Dwarves to reclaim a treasure stolen from them by the dragon Smaug. Peter Jackson is back, this time turning a single novel into another 3 part movie series, just like he did with Lord of the Rings. Ian McKellen returns in his roll as Gandalf, along with other cast from the LotR trilogy.

I hope this never gets old. Gangnam style is awesome! And some of these parodies are amazing. Some guy in Chicago, The US Naval Academy cadets, Deadpool, North fricking Korea and some lifeguards in California. Unfortunately, the city of El Monte, California, was not amused, and the lifeguards were fired, but there is hope.
http://latimesblogs.latimes.com/lanow/2012/09/gangnam-style-lifeguards-mayor-calls-for-review-of-firings.html

Lindsey’s musical interpretations are just plain amazing. I strongly suggest watching some of her other videos.

News Article of the Week:
Stephen A. Smith fooled by The Onion.
http://www.huffingtonpost.com/2012/09/17/stephen-a-smith-onion-satire-twitter-espn_n_1891816.html?utm_hp_ref=sports
And I was sure everyone had heard of The Onion by now, but not Stephen Smith of ESPN, who went into a legendary rant on twitter, only to find out that he had in fact been had. Queue ‘We won’t get fooled again‘ by The Who.

Kijiji Ad of the Week:
http://toronto.kijiji.ca/c-community-activities-groups-Group-of-ladies-looking-for-a-cabana-boy-for-Cottage-Weekend-W0QQAdIdZ410719260
If only I lived closer to Toronto! Over 17,000 views and apparently numerous applicants have applied to be the Cabana Boy for these 4 ladies on their 4 day holiday. I don’t think men could get away with this… but I’m willing to try next time I go away with the guys.

Awesome Software of the Week:
Humble Bundle 6 – Cross platform
https://www.humblebundle.com/
Humble Bundle is back! You pick what you pay for 5 awesome ‘Indie‘ game, including the award winning Torchlight. You will unlock a 6th title if you donate more than the current average, which is just under $6 right now, and for an additional $1 you get keys to add them to Steam. Think of it this way, you decide how much goes to the vendor, the developers and a charity! What could be better, in fact I’ve bought 3 Humble Bundles so far. Oh, did I mention it is cross platform compatible, so you can play on your Windows PC, Mac and even Linux.